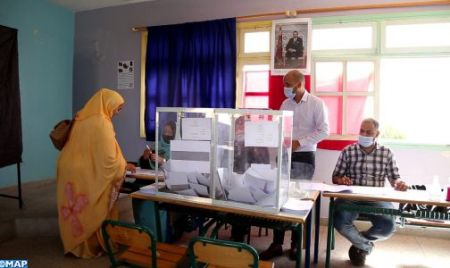 The elections held on September 8 were an additional opportunity for the population in Morocco’s southern provinces to confirm its legitimate aspirations, said Khairallah Khairallah, Lebanese writer and journalist. Khairallah said, in an article published on Thursday in the Lebanese newspaper Annahar Al Arabi, that these provinces’ population has always taken part in the elections, adding that this year’s massive participation is a clear message that reveals the depth of belonging to Morocco. “This message means, explicitly, that the Sahara is and has always been Moroccan,” he wrote. “The citizens of the Kingdom’s southern provinces have found, in these elections, the opportunity to confirm their legitimate aspirations.” “These aspirations reflect a desire to assert their attachment to the country, as these populations form an integral part of the Moroccan people,” he added. This also proves that it is not at all necessary to hold a referendum to confirm the national identity in these provinces, whose population lives in dignity within its homeland, the journalist noted. The recent elections represent a real referendum that reflects the aspirations of this population. In addition, these elections together with their results demonstrate the artificiality of the Sahara conflict, Khairallah noted, stressing that this conflict is “fabricated by the Algerian regime,” and has nothing to do with the “peoples’ right to self-determination”. “Anyone with a minimum level of awareness and realism understands the extent to which the Moroccan elections have revealed the depth of Moroccan citizens’ attachment to their homeland,” he further explained. “During the years of HM King Mohammed VI’s reign, a great number of achievements have been made,” he asserted. Among these achievements, a “modern” Constitution has been adopted, together with elections are held in due form within the framework of the Monarchy, which guarantees the application of the fundamental law.