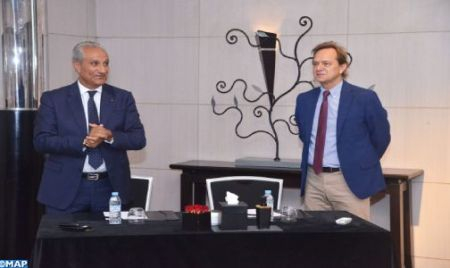 The soaring growth witnessed by the southern provinces of the Kingdom is the outcome of the vision of HM King Mohammed VI, said members of the Polish economic mission, which visited these provinces from 12 to 19 September. In a statement on behalf of the mission, composed of several Polish companies, its chairman, Robert Jędrzejczyk said he was amazed by what the mission saw on site, including the large-scale structural projects set up in the last two decades or those under way in the kingdom. The choice of the mission of Polish companies to visit the southern provinces of the Kingdom is explained by the willingness of Polish private sector operators to take part in the economic dynamics in the region under the leadership of the Sovereign, noted the statement. The mission learnt in Laayoune and Dakhla about all the incentives that are likely to encourage Polish companies to conclude partnerships with their Moroccan counterparts in many promising sectors, the same source added. In the same vein, the Polish economic mission stressed that the southern provinces are a center of attraction for high value-added investments and offer significant employment opportunities, expressing its belief that constructive and fruitful cooperation with local actors, led by the regional investment centers in Laayoune and Dakhla, is a real opportunity. It added that this economic mission will undoubtedly contribute to the consolidation of relations between Morocco and Poland, “because our visit to the cities of Laayoune and Dakhla has allowed us to identify a large number of investment opportunities with high added value.” The southern provinces offer the Polish private sector all the necessary assets for investment, including stability, security, infrastructure and incentive laws, noted the same source, adding that by their exceptional strategic location, the Saharan provinces of the Kingdom are the gateway to the African continent for the Polish and European market. The statement concluded that the president of the company LUG, Ryszard Wtorkowski announced that three branches will be opened soon in Laayoune, Dakhla and Rabat.