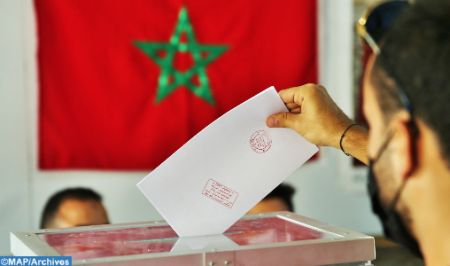 The deputy member of the Standing Committee on Economic Affairs in the French National Assembly Yves Hemedinger welcomed, Monday, the smooth conduct of the September 8 elections in Morocco organized “in transparency and with a successful campaign of competing political parties despite the difficult situation caused by the pandemic”. During a meeting with the Consul General of the Kingdom in Strasbourg Driss El Kaissi, Hemedinger said that “Morocco, under the wise and enlightened leadership of His Majesty King Mohammed VI, continues to make progress in its democratic process resulting from the constitution of 2011 that allows for a true alternation through the ballot box and acceptance by all parties of the results of the elections,” said a statement by the Moroccan Consulate in Strasbourg. “Both parties welcomed, as mentioned by the delegation of observers of the Parliamentary Assembly of the Council of Europe, the increase in the voter turnout of more than 50%, seven points higher than the legislative 2016 and especially the involvement of young people in this triple ballot,” added the same source. The French MP also “noted the high turnout of Moroccan citizens in the southern provinces, exceeding the average of the country, which is a sign of their commitment to the autonomy solution proposed by Morocco and welcomed by the resolutions of the Security Council,” noted the statement.