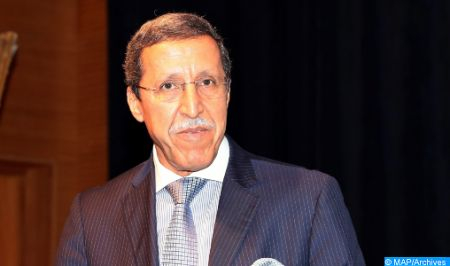 The United Nations General Secretariat has published, as an official document of the Security Council, in the six languages of the organization, the letter sent on September 10, by the Permanent Representative of Morocco, ambassador Omar Hilale, to the Security Council and the UN Secretary General, on the conduct of the general elections on September 8 in the Kingdom, including the Moroccan Sahara. This document stresses that the high participation rate of the populations of the Moroccan Sahara is “a new confirmation, through the ballot box, of the unwavering attachment of the citizens of the Southern Provinces to their Moroccanness.” In this letter, which was distributed to the 193 Member States of the United Nations, and now recorded in the annals of the UN, ambassador Hilale informed the international community “that September 8, 2021 was a historic day for Morocco, marked by the holding, for the first time, of general elections -legislative, communal and regional- throughout the national territory, including the Moroccan Sahara”. He added that “the voter turnout nationwide has reached 50.35%. This is a record rate compared to previous elections, despite the constraints imposed by the pandemic of Covid-19”. Regarding the holding of these elections in the southern provinces of the Kingdom, Hilale noted that “in the Moroccan Sahara, the turnout reached 66.94% in the region of Laayoune-Sakia El Hamra and 58.30% in the region of Dakhla-Oued Ed Dahab”. He added that “at the provincial level, the turnout in the Moroccan Sahara is even more remarkable. In the region of Dakhla-Oued Ed Dahab, it was 79.64% in the province of Aousserd and 54.40% in the province of Oued Ed Dahab; and in the region of Laayoune-Sakia El Hamra, the voter turnout recorded 85.20% in the province of Tarfaya, 67.37% in the province of Es-Smara, 68.65% in the province of Laayoune and 64.10% in the province of Boujdour”. In this context, the ambassador of the Kingdom said that “the population of the two regions of the Moroccan Sahara has shown great support for this triple vote, with the highest turnout in Morocco,” stressing that “the massive participation of the population of the Moroccan Sahara in this election is a new confirmation, by the ballot box, of the unwavering commitment of the citizens of the southern provinces to their Moroccanness, as well as to the exercise of their inalienable right of democratic management of their local affairs, within the framework of the sovereignty and territorial integrity of Morocco”. The Moroccan diplomat also indicated that “these elections were monitored and observed, in complete independence and neutrality, by 5,020 national and international observers. This includes 4,891 national observers, including 568 observers from the National Human Rights Council (CNDH), as well as 129 international observers, representing several countries in Africa, Europe, Asia and the Arab world, international and regional organizations, national and international parliaments and non-governmental organizations and civil society”. “These national and international observers have all attested to the conduct of these elections in a democratic, transparent and inclusive manner, in accordance with the procedures governing electoral processes and the highest international standards,” said the Moroccan ambassador. “These observers said that these elections were held under normal conditions, noting that no incident likely to affect the transparency of the ballot was noted in all regions of the Kingdom,” he concluded. The distribution of this document of paramount importance coincides with the beginning, this Monday, of the proceedings of the high-level meetings of the General Assembly with the presence in New York of senior leaders of UN Member States.