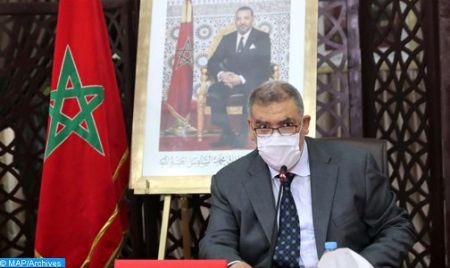 The National Rally of Independents (RNI) came first with 429 seats in the election of members of the councils of prefectures and provinces, which took place on Tuesday, said a statement by the Minister of Interior. Regarding the distribution of seats obtained according to the political affiliation of the winning candidates and based on the results of the election, the Authenticity and Modernity Party came second with 317 seats, followed by the Istiqlal Party (254 seats), the Socialist Union of Popular Forces (103 seats), the Popular Movement (86 seats), the Constitutional Union (74 seats) and the Party of Progress and Socialism (53 seats), the same source said. The other 12 political parties obtained a total of 41 seats, while 8 seats went to candidates with no political affiliation. The statement also noted that women have managed for the first time in obtaining 486 seats in prefectural and provincial councils, representing 35.60% of all seats to be filled. The same source recalled that the ballot for the election of members of the councils of prefectures and provinces took place with the participation of the electoral college composed of members of communal councils of all prefectures and provinces of the Kingdom, elected during the communal elections of September 8, 2021. The number of candidate lists submitted for this election, which aims to fill 1,365 seats on prefectural and provincial councils, reached a total of 312 lists, comprising 5,814 candidates (men and women), i.e. an average of more than 4 candidates for each seat in each prefecture or province. The overall number of female candidates reached 2,060, or 35.43% of the total number of applications submitted. Regarding the voting operation, it took place under normal conditions and experienced a massive participation of the electoral college which reached 97.20% nationwide.