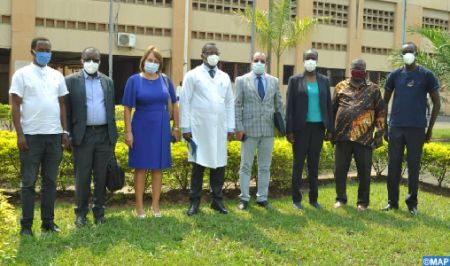 The University Hospital Center (CHU) Ibn Sina of Rabat has recently signed a partnership agreement with the CHU of the Burundian city of Kamenge (Bujumbura province). Signed by the Secretary General of the CHU Ibn Sina, Abdelhamid Ouaqouaq, this partnership, which is part of the governmental agreements between Morocco and Burundi in the field of health, aims mainly at sharing scientific knowledge, training and exchange of experiences. It aims to exchange experiences and strengthen the skills of the Burundian CHU staff, said Ouaqouaq. Under this partnership, which focuses on the development of opportunities offered by scientific research and exchange of information and documentation, Ibn Sina University Hospital will host trainees from Kamenge University Hospital and is also committed to sharing its experience in order to succeed in this cooperation aimed at developing human capital in this field of activity. This exchange will involve sending Moroccan experts to Burundi and hosting trainees at the University Hospital of Rabat, said Ouaqouaq, noting that the action plan for the first year concerns oncology, medical imaging and hospital management.