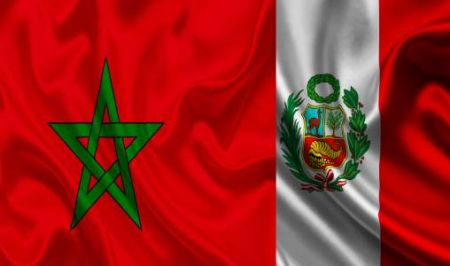 Two former Peruvian foreign ministers have strongly criticized the decision of their country’s government to restore relations with the polisario, calling it “controversial” and against the interests of Peru. Francisco Tudela, who served as Minister of Foreign Affairs between 1995 and 1997, said that re-establishing relations with an entity not recognized by the UN is “a very controversial issue and an unattractive position” because the only countries that have recognized it are Venezuela, a small group of African States, Algeria, where the sadr is based, and North Korea. For this leading expert in international relations, this is a “complex issue that affects our relations” with Morocco and gives a signal that the Peruvian government sides with a group that denies the international system as it is established. Referring in a long interview with the daily newspaper El Comercio to the new orientation of Peru’s foreign policy, the former FM denounces the alignment of his country with the Forum of Sao Paulo, which gathers the parties of left of Latin America, and with the foreign policy of Bolivia, Venezuela, and Cuba. The former minister of Foreign Affairs of Peru, Luis Gonzales Posada (1988-1989 said that “the overwhelming majority of Peruvians expresses firm and unworthy refusal of the implementation of a foreign policy, which is foreign to the interests of the State and is dictated by the Forum of Sao Paulo and by the totalitarian regimes of Cuba and Venezuela”. In this regard, Posada described as “bizarre” Peru’s decision to re-establish relations with an entity that “has no territory, no government and no population of its own”. “For this reason, the said +republic+ is not recognized by the UN, nor by the Security Council bodies, nor by European nations and not even by 23 of the 24 Arab countries, with the exception of Algeria, which finances and supports it militarily, due to its resentment against the Kingdom of Morocco, especially after its defeat in the Sand War in 1963,” wrote Posada in an op-ed published by the website Expreso. In this context, added this former president of the Peruvian Congress (2007-2008), “we cannot ignore two relevant facts: the jubilant expression of the Sao Paulo Forum that applauded Peru’s recognition of the Sahrawi ectoplasmic republic and that the minister (of Foreign Affairs) Maúrtua did not explain to the Foreign Relations Commission of the Parliament, and the enigmatic entry in Peru of the so-called Sahrawi minister of Foreign Affairs, Ould Salek”. Posada lamented the fact that “we are facing an erratic and confused foreign policy that deserves extreme vigilance.”