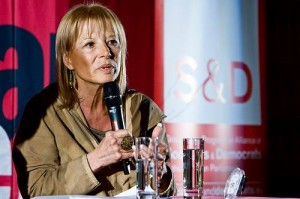 The Socialists and Democrats (S & D) in the European Parliament have called on the European Union to be more involved in the search for a peaceful and lasting settlement of the Western Sahara conflict under the aegis of the United Nations.
The Socialist and Democrat MEPs argue that the EU has a number of mechanisms and instruments enabling it to contribute to the improvement of the situation of human rights (monitoring support, training to and promotion of human rights, training of law enforcement forces) and to the promotion of  the economic and social development in the region.
Members of the S & D Group have recently visited Morocco and its southern provinces, part of an observation mission of the situation and the obstacles that hinder the efforts seeking a negotiated political solution to the conflict.
The five-member delegation, led by Véronique de Keyser, should complete its mission by a visit to the Tindouf camps, in southwest Algeria. The visit is scheduled for this summer.
The S & D Group believes that the new neighborhood policy adopted by the EU is an additional reason to speed up the settlement of the Western Sahara conflict, especially in view of the context of political transition in North Africa and the worrying regional insecurity prevailing in the Sahel.
The S & D Group members also expressed confidence that “the democratic development in Morocco, the ongoing economic and social reforms and the regionalization process, will also help reach a negotiated political solution to the conflict.”
The delegation members pointed out that the program of visits exchange between separated families must be intensified and accompanied by confidence-building measures to promote reconciliation.
The Socialist and Democrat MEPs will surely have a clearer picture of the situation on the ground once they have visited the Tindouf camps.