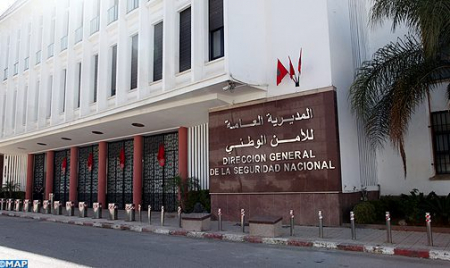 Policemen in Dakhla arrested on Saturday six people, including a police officer, for their alleged links to a criminal network active in the organization of illegal immigration operations and human trafficking. An illegal immigration operation at “Al Khira” beach in Dakhla was thwarted early Saturday morning, said National Police (DGSN) in a statement, adding this security intervention led to the arrest of five organizers and 49 would-be illegal immigrants, including six women and nine minors, in addition to the seizure of an inflatable boat and cans of gasoline. The research and investigations carried out by the judicial police revealed the involvement of a police inspector working in Dakhla, who would have helped to facilitate illegal immigration operations in return for sums of money from the organizers, the source pointed out. The suspects were taken into custody, while investigations are underway under the supervision of the competent public prosecutor’s office to arrest all the people involved in these criminal activities.