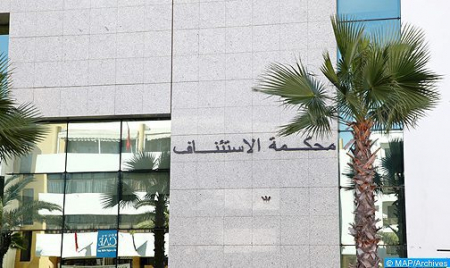 The King’s attorney general at the Guelmim Court of Appeal announced on Friday that the case of the death of Abdelouahab Belfquih following a gunshot wound at his home has been closed, since the incident is not related to a criminal act. In order to enlighten public opinion, the Attorney General of the King said in a statement that the results of the investigation ordered to shed light on the circumstances of Belfquih’s death, during which members of the family of the deceased and his domestic employees testified, in addition to the autopsy carried out, the ballistic expertise performed on the weapon seized at the scene of the incident and the genetic expertise on the samples taken on the spot, concluded that the deceased went to his home at around 2:30 a.m. on September 21 and that he remained alone in his room without leaving it. Immediately after hearing a gunshot, members of his family entered the room, where they found the deceased lying on his back bleeding from his stomach, a shotgun by his side. After recalling that the investigation was launched following the statement of the public prosecutor published on September 21 concerning this incident, the same source noted that the results of the investigation also concluded that members of his family confirm that the deceased was still alive the moment they entered his room, and that he asked them not to transfer him into the hospital, noting that the guards of the house did not notice any unusual movement the day before the incident and that no stranger has entered the house. The report of the autopsy carried out by the forensic laboratory showed that the death was due to a gunshot with the absence of external traces of shrapnel from the shot surrounding the wound, said the same source, stressing that the expertise ballistics carried out by the Institute of Forensic Sciences revealed that the shot which hit the victim came from a hunting rifle which turned out to be his and that the analysis of samples taken from his hands demonstrated the presence of particles of residues from the shot (Barium, Antimony and Lead) with the presence of traces of the deceased’s blood on the nozzle of the weapon, which confirms that he used this rifle. The genetic expertise carried out by the forensic laboratory showed that the DNA extracted from the samples found on the rifle, the traces of blood found at the scene of the incident and the clothes of the deceased, as well as on the bullet wound are identical to the genetic fingerprint of the deceased., it said. After examining the results of the investigation which concluded that the deceased had committed suicide by gunshot, it was decided to close the case because the death is not related to a criminal act, the source concluded.