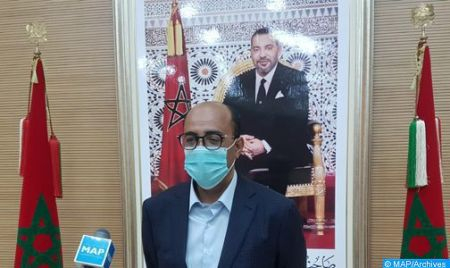 The decision of the European Union (EU) court on the agriculture and fisheries agreements signed with Morocco is a “political maneuver” of Algeria and its creature, the “polisario”, said Wednesday president of the Council of the Laayoune-Sakia El Hamra region, Sidi Hamdi Ould Errachid. In a statement to MAP, Ould Errachid said that “the ‘polisario’ has accustomed us to this kind of maneuvering whenever Morocco records diplomatic successes, trying to sell illusions to the inhabitants of the Tindouf camps. He recalled that the amendments to Protocols 1 and 4 of the Association Agreement between the European Union and the Kingdom of Morocco on agricultural and other products, on the one hand, and the partnership agreement in the field of sustainable fisheries, on the other hand, had been adopted unanimously in 2019 by the European Parliament, after visits by EU commissions to Laayoune and Dakhla where they met with the legitimate representatives of the population. Ould Errachid highlighted in this context the attachment of the population of the southern provinces to their Moroccanness as evidenced by the high vote turnout in recent municipal, regional and legislative elections. The president of the Laayoune-Sakia El Hamra region welcomed the commitment of the EU, reiterated Wednesday following the publication of the decision of the EU court, to consolidate the Euro-Moroccan Partnership of shared prosperity.