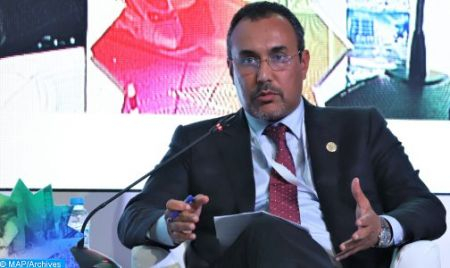 The decision of the European Union (EU) court on the agriculture and fisheries agreements signed with Morocco is “political in nature” and has “no legal significance”, said Wednesday president of the Dakhla-Oued Eddahab region council, El Khattat Yanja. “The Moroccan Sahara is home to diplomatic representations of countries from Africa and other continents. The position of Washington to recognize the sovereignty of Morocco over its southern provinces is clear. How can Europe take such a position which is political and has no legal scope,” Yanja said in a statement to M24, MAP’s 24-hour news channel. “As elected officials and representatives of the southern provinces, we are convinced that Europe will rectify the situation on appeal,” he added, questioning “the neglect by the EU of the strategic dimension of relations with Morocco, which plays an important role as a strategic partner for the EU”. “The European side has not taken into consideration that we are democratically elected in the southern provinces (…) We have defended this agreement because of its important impact in terms of development,” he stressed.