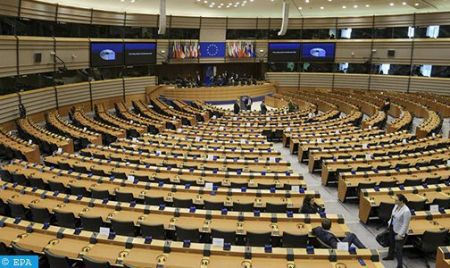 Several MEPs regretted, Wednesday, the decision of the EU Court of First Instance concerning the agriculture and fisheries agreements with Morocco, while reaffirming their support for the “strategic” partnership with the Kingdom. In tweets, these MEPs stressed that the agriculture and fisheries agreements between Morocco and the EU have directly benefited the population of the Moroccan Sahara, insisting that the polisario has no legitimacy to challenge these agreements. The Belgian MEP, Frederique Ries, considered the decision of the EU court “disappointing” and “contrasts with the efforts made on the ground”, noting that “it is necessary to take into account the political realities of the Sahara issue and avoid the traps of the polisario”. “We must reassure our Moroccan partner as much as the European fishermen active in these waters: it is time to deepen our relations, not the other way around,” added Ries. The Bulgarian MEP, Petar Vitanov said that Morocco is “the most stable and reliable country in the region, especially in terms of security, migration and trade,” insisting that “we must give it all our support”. “I am convinced that the EU and Morocco will remain united to defend their partnership and their agreements against external actors,” he said. For his part, the Bulgarian MEP Andrey Kovachev, said that the EU and Morocco are key partners in many important areas such as the economy, trade, security, energy transition, regional stability and must further strengthen their cooperation. He also recalled that the reports of the European Commission confirm the benefits of the agriculture and fisheries agreements for the population of the Moroccan Sahara. Hungarian MEP László Trócsányi also expressed his “strong” support for the “strategic” relationship between Morocco and the EU, while Polish MEP Anna Fotyga insisted that the EU court’s decision “cannot impact strategic relations, bring uncertainty to businesses and harm the local population”. “The polisario is a destabilizing element in the region. It has neither the legitimacy nor the representative capacity to attack the EU-Morocco agreements,” she added. The Bulgarian MEP, Ilhan Kyuchyuk, reiterated that “Morocco is a strong neighbor of Europe and a source of stability and security,” stressing that the EU and Morocco must remain united and continue their strategic and economic partnership”. Czech MEP Tomáš zdechovský, for his part, stressed that “Morocco is a key partner of the EU in the neighborhood and the most stable country in the region,” expressing confidence that Rabat and Brussels “will remain united to defend their partnership and their agreements against external actors”.