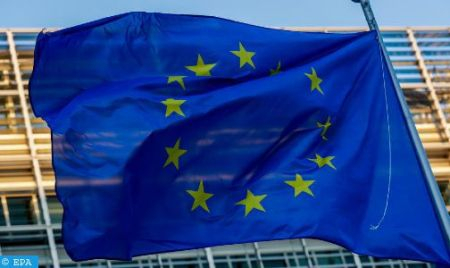 The decision of the European Union (EU) court of first instance regarding the agriculture and fisheries agreements with Morocco “raises questions about the independence and objectivity of the court, which takes extreme measures, based on arguments of an armed organization and its relays, to interfere in trade agreements between States,” said U.S. lawyer Irina Tsukerman. In recent years in particular, the court has come under pressure from various human rights NGOs linked to the polisario and based in Europe, which argue that by engaging in trade with Morocco involving the Sahara, the EU is violating the rights of the Sahrawi population, as the polisario claims, said in a statement to MAP the New York-based human rights lawyer. “In reality, the court’s action represents an unacceptable and inappropriate interference of the judiciary in foreign policy between sovereign entities and ignores the reality on the ground,” she added, stressing that “the court has no jurisdiction to decide such issues”. According to Tsukerman, an expert on the MENA region, the EU court “gave in to misleading pressure groups without taking the time to investigate these inappropriate allegations, at a time when a growing number of countries are opening diplomatic representations in the Moroccan Sahara”. The court is thus revealed to be a “militant and politicized body rather than a neutral arbiter”, added the U.S. jurist for whom “judicial postures are detrimental to the entire democratic system in Europe, to international relations, to the stability between North Africa and the EU as well as to the most vulnerable people who are the victims of manipulative groupings, just like the polisario. “Algeria is the main supporter of the polisario, and one can only assume that the funding of these disinformation campaigns also comes from the junta in Algiers,” added the expert. She recalled that it is indeed the polisario and its agents who are “corrupt, and involved in terrorism and violence that go against all standards of human rights and international laws”, wondering how the NGOs that support them can ignore the diversion of European humanitarian aid by the band at the helm of the armed movement. “Rather than representing the interests of all parties concerned, the court is acting as a partisan advocate,” she said, recalling the concern expressed by political and economic circles in Europe, among others, about the local interests of fishermen and farmers. “In Spain, government officials at the central and local levels understand not only the needs and interests of their own voters, but also the fact that the so-called independence movement is a legal fiction that has no legitimacy on the ground,” the U.S. lawyer concluded.