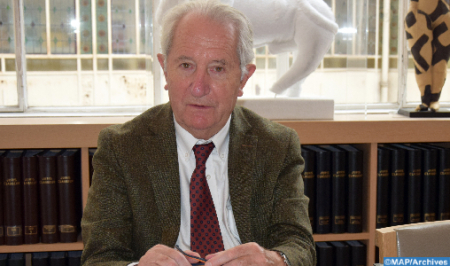 The agreements between Morocco and the European Union (EU) will continue legally, said Hubert Seillan, lawyer at the Paris bar. Commenting the decision of the EU court on the agricultural and fisheries agreements with Morocco, the lawyer told MAP that “jurists, convinced that the legal method based on the analysis of facts and the contradictory must take precedence over any contextual consideration, could expect from this tribunal a decision enshrining the legality of the tariff agreements concluded between the EU and Morocco, on rigorous grounds, but this hope was buried under an avalanche of declarations, none of which has the value of demonstration because of the refusal to discuss the arguments developed by the Council and the Commission”. After having exposed the fallacious arguments put forward by the Court’s judges where “we handle the yet dangerous technique of the syllogism”, the French lawyer explained that the appeal to this decision will be brought before the Court of the EU. “This judgment will therefore join on the same dusty shelf the other decisions of the European justice hostile to Morocco. These agreements will therefore continue legally. The time will come when the judges will look at the realities of the stakes and the population’s support for the development of the Sahara”, said Seillan. The Parisian lawyer stressed the consent of the population and the benefit it derives from these agreements, believing that the last elections of September 8 are the most concrete and tangible demonstration of the consent of the populations of the Moroccan Sahara, given the massive participation of local populations in the Sahara in these elections.