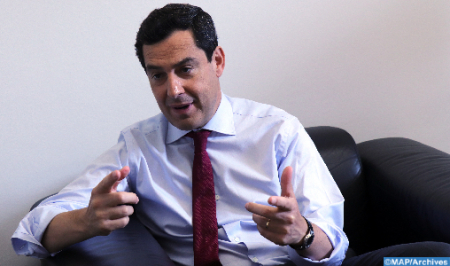 The government of the autonomous community of Andalusia expressed “great concern” following the decision of the EU Court of Justice’s regarding the agricultural and fisheries agreements with Morocco. The decision of the European court “is a cause of great concern for us,” the president of the regional government of Andalusia Juan Manuel Moreno told the media. “A large number of our fishermen fish in Morocco” and “in Andalusia everything related to the agreements between the European Union and Morocco affects us directly and deeply”, the Spanish regional official said. Moreno expressed the hope that “the interests of Andalusia in fisheries will be taken into account in all decisions that will be adopted by the Spanish government within the European Union.” “I believe that our fishermen can not be abandoned (…) and I, therefore, ask the Spanish authorities to look after the interests of our fishing fleet in Morocco,” he stressed. Spain has defended the continuity of the fisheries agreement between Morocco and the European Union, stressing the vital importance of this agreement for Spanish fishermen. “We want the continuity of the agreement (…) in the framework of the relations of cooperation and friendship that we have with Morocco,” said Spanish minister of Agriculture, Fisheries and Food, Luis Planas. Morocco is a “strategic partner” and an “important fishing area” for the European and Spanish fleet, since of the 132 vessels that fish in its waters, 93 are Spanish, stressed Planas. The EU Court of Justice on Wednesday delivered its judgement on the European Council’s decisions regarding the agriculture and fisheries agreements with Morocco. “The General Court annuls the contested decisions but decides that the effects of those decisions be maintained over a certain period,” the EU Court said in a release.