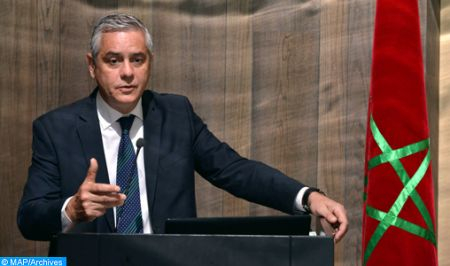 Morocco’s participation in the U.S.-Canada Greening Government Initiative (GGI) is a recognition of the efforts and actions undertaken by Morocco in greening government activities, said Director General of the Moroccan Agency for Energy Efficiency (AMEE), Saïd Mouline. “Of the 60 countries present in this initiative co-organized by the United States and Canada, Morocco has sent a message without waiting for the initiative,” said Mouline in a statement to MAP. He also explained that the Kingdom was chosen to participate in the GGI because it already had a program for the exemplarity of the State that started more than 4 years ago and a very ambitious environmental policy. “Morocco has a national strategy for sustainable development carried at the highest level of the State, a proactive policy with a very clear Royal letter that has given priority to renewable energy and energy efficiency as part of our energy policy,” he stressed. A Moroccan, he recalled, emits seven times less CO2 than an American, noting that the Kingdom has given proof that a southern country can be a low emitter because it is proactive, has a vision at the highest level of the State for sustainable development and has decided to be proactive in this area. Morocco has this program of exemplarity of the State for several years and the AMEE accompanies several public buildings, including universities, hospitals, ministries, prisons and mosques to reduce their energy consumption and get solar roofs, he added. He mentioned, in this regard, the program of deployment of solar panels for rural schools set up in partnership with the Mohammed VI Foundation for the Protection of the Environment.