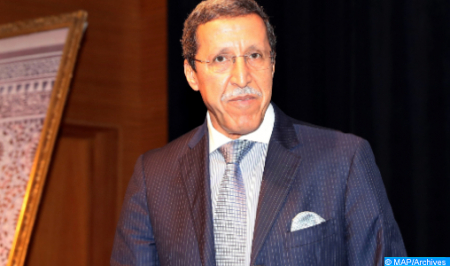 The Non-Aligned Movement (NAM) “is called upon to contribute to the establishment of a new world order that will serve as a platform for effective joint action to strengthen collective security in all its dimensions,” said Monday in Belgrade, Permanent Representative of Morocco to the United Nations, ambassador Omar Hilale. “Based on the importance it attaches to constructive multilateral action, NAM is called upon to contribute to the establishment of a new world order that will serve as a platform for joint and active action, which will strengthen collective security in all its dimensions and respond to current and emerging challenges,” said Hilale, who was speaking at a conference commemorating the 60th anniversary of the Non-Aligned Movement in Belgrade. Ambassador Hilale stressed, in this sense, that “the Kingdom of Morocco, a founding member of NAM who participated in the first Summit of Belgrade, has always considered the Non-Aligned Movement as a prestigious platform for collective action and a relevant forum to build a world where democratic values, security, justice and human rights prevail”. “This objective can only be achieved through the adoption of innovative and flexible working methods, based on consultation and focused on results,” he added. The ambassador noted, in this regard, that the Kingdom’s commitment is part of the overall strategic vision of HM the King, which is based on the consolidation of international peace and security, support for regional economic integration, strengthening national capacities in the field of sustainable human development, and the promotion of fruitful, effective and open partnerships, with the participation of the public and private sectors, within a tripartite cooperation that includes northern countries. Hilale referred to the actions of active cooperation initiated by the Kingdom in accordance with the High Royal Instructions, citing in particular “the concrete initiative consisting in the establishment by Morocco of an air bridge to more than twenty African and Arab countries, in order to deliver immediate medical aid to support their national capacities to fight the pandemic of Covid-19”. HM the King also launched the first large-scale national project to manufacture and produce vaccines against the new coronavirus and other vaccines, as a proactive measure that would also meet all the needs of the African continent, he said. On another aspect, Hilale stressed that “as we celebrate the 60th anniversary of the establishment of our movement, the Palestinian issue remains at the center of our concerns, because the Kingdom of Morocco, as it has always expressed, aspires to a just, comprehensive and lasting peace in the Middle East, leading to the establishment of an independent State of Palestine, within the borders of June 1967, with Al-Quds-East as its capital, living side by side with Israel, in peace and security”.