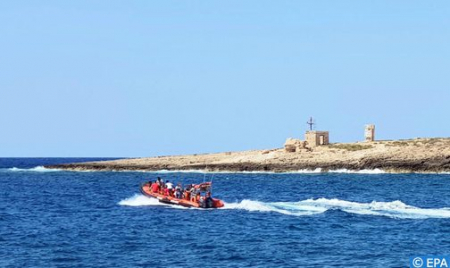 Local authorities and security services of the region of Laayoune-Sakia El Hamra on Saturday thwarted three illegal immigration attempts to the Canary Islands. In the town of Foum El Oued (province of Laayoune), security services arrested 20 would-be illegal immigrants, including 12 women and 3 children, who were preparing to take off in an inflatable boat, local authorities said. Five other candidates, who were waiting for the right moment to infiltrate a boat in the port of Laayoune, were intercepted. Another operation carried out near the town of Jraifia (province of Boujdour) led to the arrest of 10 more candidates for illegal migration, including 4 women and a minor. In addition, security services in Akhfenir (province of Tarfaya) seized a motor-equipped inflatable boat, the same source added. Security services have recently intensified control operations as part of the fight against illegal emigration in the region of Laayoune-Sakia El Hamra, which led to the arrest of several would-be illegal immigrants and the rescue of several boats adrift. These operations are part of the fight conducted by the various security services and local authorities against illegal emigration and human trafficking networks.