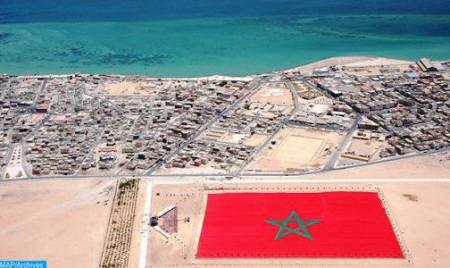 The expulsion of the ghostly “sadr”, an armed group supported by Algeria, from the African Union (AU) has become a “major priority” for Africa, said Abubakar Kateregga, Ugandan expert in political sciences and research professor at the International University of Rwanda. “The Sadr is a non-state separatist entity that has no territory, no population and no sovereignty through political power,” said Kateregga, deeming its expulsion from the AU as a “major priority” to put an end to “all forms of separatism in Africa and achieve the realization of pan-African priorities, including the integration of the Continent.” Speaking to MAP on the sidelines of a regional seminar held in Dar Es-Salaam, this expert explained that the concept of a state, in its normative function, includes the ability to enter into relationship with other countries and produce legal effects. Within this perception, the so-called “sadr” is recognized neither by the United Nations as a multilateral body nor by the majority of its members. In addition, this professor believes that the “sadr”, being located in Algeria’s Tindouf, is subject to the Algerian political authority, since all its diplomatic efforts have been and continue to be made through Algeria. He said that the presence of this puppet entity in the AU has tarnished the image of the pan-African organization, flagrantly violating its Constitutive Act. Regarding the dispute over the Moroccan Sahara, Kateregga said that the vast majority of populations in these provinces participate, with no restriction, in the political, economic, social and cultural life of the Kingdom, adding that their strong attachment to their Moroccanness was fully expressed during the various elections, where the highest voter turnouts were recorded in the Moroccan Sahara regions. The regional seminar, held under the theme “The Imperative of Post-Covid Recovery: How Can the Resolution of the Sahara Issue Spur African Stability and Integration?”, was co-organized by the Institute of Peace and Conflict Studies (IPCS) and the Tanzania Peace Foundation (TPF), bringing together around 40 participants from various African countries.