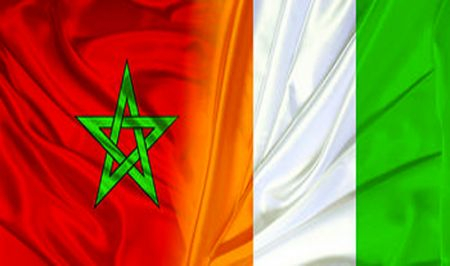 Cote d’Ivoire reaffirmed, Wednesday in New York, its support to the autonomy initiative presented by Morocco to find a just, lasting and mutually acceptable political solution to the conflict over the Moroccan Sahara. Cote d’Ivoire “would like to congratulate Morocco for its initiative of broad autonomy for the Sahara, presented in 2007, and aimed at achieving a negotiated and mutually acceptable political solution, based on realism” to the question of the Moroccan Sahara, stressed the representative of Cote d’Ivoire, before the 4th Committee of the UN General Assembly. “This compromise solution, which my country fully supports, takes into account the specificities of the Sahara region and grants its population very broad prerogatives in all areas,” he said, noting that his country “notes with satisfaction the massive participation of the Saharan population in the general elections held on September 8, 2021”. He also welcomed the new development model in the southern provinces of the Kingdom, a model focused on major investment projects. The Ivorian diplomat also highlighted the initiatives undertaken by Morocco to promote human rights in the region and broad access of local populations to the vaccine against Covid-19. “All these actions certainly contribute to the political, economic, social and cultural empowerment of these populations,” he said. He also indicated that his country reaffirms its support for the exclusively UN character of the political process undertaken under the auspices of the UN Secretary General. “This political process is the ideal framework to achieve a realistic, pragmatic, sustainable and compromise political solution (to the issue of the Moroccan Sahara) as recommended by the seventeen resolutions of the Security Council adopted since 2007,” said the Ivorian diplomat. He also noted that his country invites the new personal envoy of the UN SG for the Moroccan Sahara, Staffan de Mistura to continue the process of round table meetings with the effective participation of Algeria, Morocco, Mauritania and the “polisario”, in the same format as the first two held in December 2018 and March 2019 in Geneva. He stressed that a fair and lasting political settlement of this long-standing regional dispute, in accordance with the relevant resolutions of the Security Council and the General Assembly of the United Nations, is “vital, not only for the stability and security of the Sahel, but also for the strengthening of cooperation between the member States of the Arab Maghreb Union”. The Ivorian diplomat said that a stable regional security environment is “absolutely necessary” for the continuation of negotiations as part of the political process. In addition, the representative of Cote d’Ivoire welcomed Morocco’s commitment to the ceasefire, as well as its peaceful actions on November 13, 2020, to ensure free movement in the Guerguerat passage. He concluded that Cote d’Ivoire “urges all stakeholders to remain committed to the path of dialogue and peace, showing realism and spirit of compromise, in the ongoing political process, in order to achieve a final settlement of the regional dispute on the Sahara.”