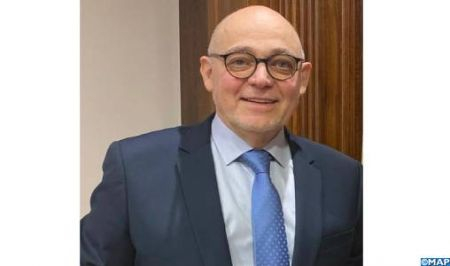 French-Swiss political expert Jean Marie Heydt said that the African Union (AU) must listen to the arguments put forward by a large number of African and international experts and declare the so-called “sadr” persona non grata. In an op-ed on the recent call by several personalities to expel the ghostly entity from the pan-African organization, Heydt, also Honorary President of the Conference of International NGOs of the Council of Europe, stressed that the AU must show courage and determination to take this decision. Recalling the recommendations of the seminar held on Friday in Kinshasa, Heydt underlined that this “ghostly” and “non-state” entity “acts in favor of secessionism; a real scourge that would threaten the entire Sahel-Saharan region’s stability and therefrom Africa’s.” In this respect, he recalled that the so-called “sadr” has never been recognized as a “state” by the UN and the majority of the international community, since it was self-proclaimed in 1976, under the impetus of Algeria in a cold-war context. The situation today is “dramatic”, Heydt said. “There is no concrete solution been proposed by the polisario, but worse, it is the violence and acts of terrorism that have been perpetuated during these years. In addition to this, the principle of respect for areas of competence means that the exclusive role for the treatment of the Sahara issue is entrusted to the UN Security Council alone, he stressed, underlining that it is therefore obvious that if the African Union wants to continue its structuring and its development, it can only count in its ranks states that are recognized by the United Nations. Moreover, Heydt wondered how come the latest UN Secretary-General report on the Sahara is not taken into consideration; a report that states repeated violations of commitments made by the polisario. “Today, the only path recognized and considered as a fair, credible, sincere and compromise-based political solution is the one implemented through the Moroccan proposal, a peace solution that allows the negotiation of an autonomous status,” he added. “It is not surprising that the participants in Kinshasa’s seminar strongly emphasize historical facts, confirming Moroccan sovereignty over its Sahara, which has become an integral part of the country’s plural identity, history and construction as a nation.” In this context, it is “natural” that the participants unanimously invite the Pan-African Organization to no longer recognize the so-called “sadr” as a member and, consequently, expelling it from its ranks, he pointed out.