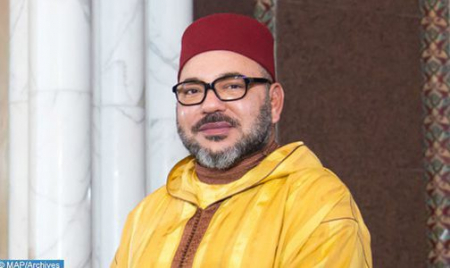 The Head of Government, Aziz Akhannouch, has handed a written message from HM King Mohammed VI to HRH Mohammad bin Salman bin Abdulaziz, Crown Prince, Deputy Prime Minister and Minister of Defense of Saudi Arabia. The message was handed over by Akhannouch during his meeting with HRH the Crown Prince, on the sidelines of the Green Middle East Initiative summit held in the capital Riyadh, the Saudi Press Agency (SPA) reports. On this occasion, the Head of Government conveyed the greetings of HM the King to the Custodian of the Two Holy Mosques and HRH the Crown Prince, the source says. The Saudi Crown Prince instructed M. Akhannouch to convey the greetings of the Custodian of the Two Holy Mosques to His Majesty the King. During the meeting, the Kingdom’s qualitative initiatives to preserve the environment and combat climate change were reviewed. The meeting was attended by Prince Abdulaziz bin Salman bin Abdulaziz, Minister of Energy, and Prince Faisal bin Farhan bin Abdullah, Minister of Foreign Affairs, while Minister of Energy Transition and Sustainable Development Leila Benali, and Moroccan Ambassador to Saudi Arabia Mustafa Al-Mansoori attended from the Morocco side.