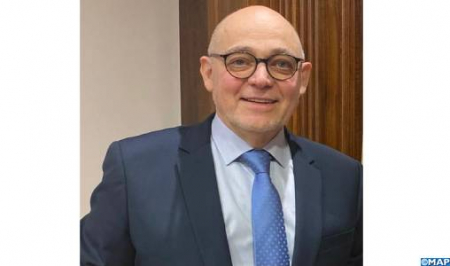 The gas blackmail that Algiers is leading against Europe is unacceptable, said French-Swiss political expert Jean Marie Heydt. In an analysis, Heydt explained that “the path taken by the Algerian power is similar to an arm-wrestling where the attacker is the wrong opponent”, recalling that “when in 1990, four countries (Algeria, Algeria, Morocco and Tunisia) created this international gas pipeline, Europe had largely supported this approach. Today, it seems to be targeted at a time when it is already facing soaring energy prices.” This unilateral decision not to renew the agreement on the Maghreb-Europe Gas pipeline (GME) represents “blackmail on gas that can be described as unacceptable,” he said, adding that “Europe must be able to rely on reliable partners and on international agreements that are not the issue of local guerrillas. It would be foolish to believe that such a decision, with the consequences it entails, is not related to disputes between Algeria and its Moroccan neighbor.” Noting that “hatred sometimes leads to irrationality, to the point of losing money and soul,” Heydt added that “the time has perhaps come to rethink past agreements and strategies between Africa and Europe to develop schemes for regional cooperation.” He stressed that “Morocco and Spain are now perfectly able to lead, for Africa and Europe, a new and more solid approach to energy management and development.” “Morocco and Spain do not have to worry about this disastrous situation, because there is room for maneuver,” he concluded.