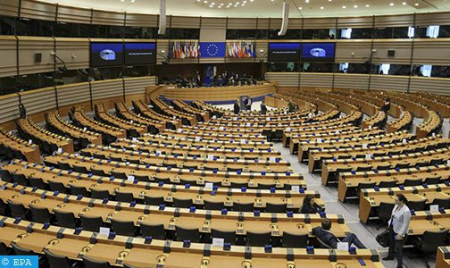 The Chairman of the European Parliament Delegation for relations with Maghreb countries (DMAG), Andrea Cozzolino, on Wednesday released a statement in which he expresses that the Algerian decision to stop gas supply to Europe via the Maghreb-Europe gas pipeline (GME) “is a source of serious concern.” This supply agreement, broken by Algeria, “does not only concern Morocco, but also the European Union,” said Cozzolino, noting that “whatever the reasons for such a decision, the use of gas supply as a means of pressure is not an appropriate solution.” “This is especially true in the current period of high energy price pressure,” he explained, stressing that European citizens are the ones who “risk paying the price.” In this regard, DMAG chief called on “the Algerian government to reconsider this decision and to resume the path of dialogue.” “I also call on the European External Action Service and the European Commission to engage in a diplomatic initiative to encourage the Algerian authorities to reconsider their decision,” Cozzolino added. Algeria’s unilateral decision to suspend gas supply to Europe via the Maghreb-Europe gas pipeline through Morocco has raised a great number of reactions from politicians and MEPs who see it as blackmail against Europe. For MEP Dominique Riquet, by targeting Morocco, Algeria “reaches Europe at a particularly inopportune time,” noting that moreover, “this closure will ultimately affect the revenues of Algeria.” The EU High Representative for Foreign Policy and Security, Josep Borrell, has been officially seized by the European Parliament upon this issue that jeopardizes Europe’s strategic interests. This came in a written question addressed by MEPs Antonio Tajani, former President of the European Parliament, and Massimiliano Salini.