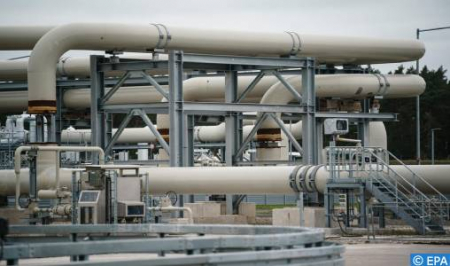 The closure of the Maghreb-Europe Gas Pipeline (GME) by Algeria, which is desperately looking for an external enemy to distract public opinion from its internal crisis, will spark an energy crisis in the Mediterranean region, writes Italian magazine Formiche. “Following its decision to sever diplomatic relations with Morocco and closure of airspace to Moroccan aviation, actions that have proved of no consequence,” Algeria “is playing its last card: the closure as of November of the GME, which runs through the Moroccan territory.” “Wanting to antagonize Morocco”, which had foreseen this possibility, Algiers cut an important energy supply to Spain amounting to 6 billion cubic meters of gas, explains the magazine, adding that it promised Madrid compensation by increasing the capacity of the Medgaz pipeline, connected directly to Almeria, to 10 billion cubic meters. According to the Italian media, this solution is not sufficient to compensate for the usual supply, noting that Algeria intends to exercise a form of blackmail towards Europe as the decision was taken in an economic context where prices of gas are soaring and representing a threat to the energy supply of Europe. In addition, the magazine stresses that “Algeria and the polisario defy the international community and threaten security in the Maghreb region by rejecting the UN resolution 2602 which calls for compliance with the provisions of the cease-fire, respected by Morocco.” On Sunday, Algeria announced the non-renewal of the GME Agreement. Several European observers and politicians considered the unilateral decision as blackmail by Algiers towards Europe.