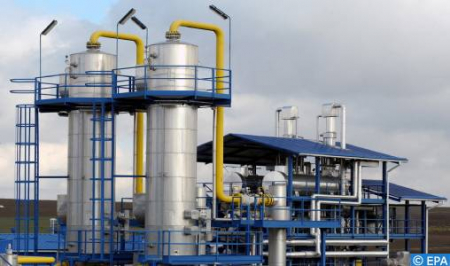 Algeria’s unilateral and “unjustified” decision to suspend gas supply to Europe via the Maghreb-Europe gas pipeline (GME) is an “unacceptable” and “condemnable” act, said Italian senator Urania Papatheu. In a question to the President of Italy’s Council of Ministers and minister of Foreign Affairs, Papatheu said this decision will impact two important EU member states, describing Algeria as an “unreliable supplier” and accusing it of disregarding Europe’s interests. Algeria’s diplomatic crisis with Morocco is nothing but a pretext to weaken Europe’s economic interests, said Papatheu, calling on the EU to address this situation that jeopardizes the Mediterranean’s regional integration. The suspension of this pipeline, funded by the European Investment Bank, will increase the price of energy bills, said the Italian senator, stressing that this will greatly impact European citizens. On social networks, Papatheu wrote that Algeria uses gas for political purposes, destabilizing EU’s energy security. In this regard, she called on the EU not to give in to this blackmail. On Sunday, Algeria had announced its decision not to renew gas supply agreement via GME. This unilateral act is considered by many observers and European politicians as an Algerian blackmail towards Europe. This comes especially following the UN Security Council’s latest resolution, which consolidates the Kingdom’s achievements on the issue of the Moroccan Sahara, calling for a political process based on round-table discussions.