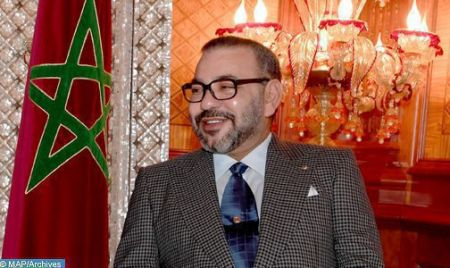 His Majesty King Mohammed VI sent a congratulatory message to Audrey Azoulay on the occasion of her re-election, by a very large majority, to the post of Director-General of the United Nations Educational, Scientific and Cultural Organization (UNESCO). In this message, HM the King congratulates Azoulay and wishes her success in the accomplishment of her high mission. “This renewed confidence is a tribute to your efforts to consolidate the Organization’s vocation to work for peace, solidarity and harmony among peoples and cultures,” the Sovereign says. HM the King affirms in this message that the Kingdom of Morocco, a fervent defender of multilateralism, supports UNESCO’s ambitious commitments in favor of the crucial and priority issue of education and stands by its side in its actions related to the preservation of heritage and sustainable development.