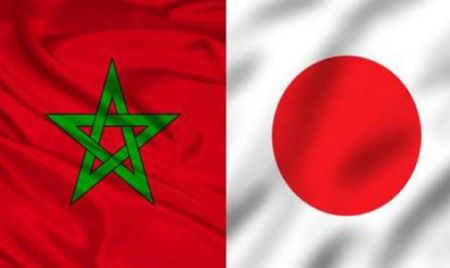 The reinforcement of bilateral and multilateral parliamentary cooperation was the focus of a meeting on Thursday in Rabat, between the Speaker of the House of Representatives, Rachid Talbi Alami, and the Japanese Ambassador in Rabat, Shinozuka Takashi. The Japanese diplomat expressed the determination of his country to raise to higher levels these relations of bilateral and multilateral cooperation through the multiplication of mutual visits, friendship groups, and inter-parliamentary coordination, explained the House of Representatives in a statement. He welcomed the good relations between Rabat and Tokyo in the economic, commercial, industrial, and cultural sectors, expressing his deep appreciation of the measures taken, on High Instructions of HM King Mohammed VI, to fight the Covid-19 pandemic. For his part, Talbi Alami expressed his satisfaction with the level of Moroccan-Japanese relations, and Tokyo’s unwavering position on the territorial integrity of Morocco and the defense of its key interests in the various international forums, added the statement. The Speaker of the House of Representatives also praised the bilateral and multilateral parliamentary relations, noting that the House of Representatives is open to all initiatives and questions of common interest, including climate change, renewable energy, and technological development.