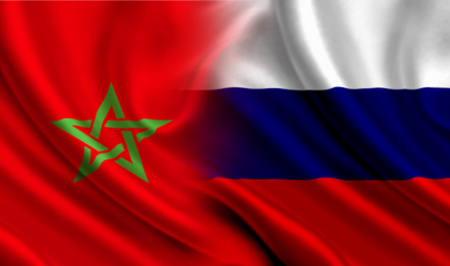 The Russian ambassador to Morocco, Valerian Shuvaev, received a delegation of the Moroccan-Russian Friendship Association, led by its president, Abdellatif Bahraoui. During this meeting, the two parties discussed the age-old Morocco-Russian relations, their current state as well as their promising prospects, a statement from the Association said on Saturday. According to the statement, the Russian diplomat took this opportunity to reject, again, the misinformation conveyed in recent weeks about an alleged crisis between Russia and Morocco, stressing that they are the work of a “party that wants to harm the two countries.” Both sides also expressed satisfaction with the Russian Foreign Ministry’s statement on the meeting, held on October 21, between the Special Representative of the President of the Russian Federation for the Middle East and African countries and Deputy Foreign Minister Mikhail Bogdanov, and the Moroccan Ambassador to Moscow, Lotfi Bouchaara, adding that the countries are linked by friendly relations and framed by a number of conventions in various fields. During this October meeting, Bogdanov and Bouchaara had both swept aside the rumors against Morocco and Russia and affirmed the excellence of the relations between the two countries, marked by the seal of friendship, cooperation and mutual understanding. Shuvaev also reiterated the position of his country on the conflict over the Moroccan Sahara, a stance that supports the United Nations resolutions aimed at resolving this dispute peacefully and through negotiations to achieve a lasting and consensual political solution, concludes the statement.