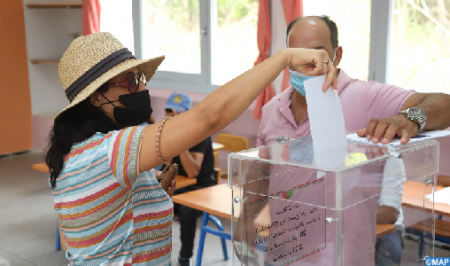 The ad hoc committee of the Parliamentary Assembly of the Council of Europe (PACE) in charge of the observation of the elections held on September 8 in Morocco said these elections were organized “with integrity and transparency”. Presenting the report to the PACE standing committee Thursday in Rome, Spanish Senator Antonio Gutiérrez Limones stressed that the legislative, local and regional elections in Morocco were held in “optimal conditions”, despite the several challenges triggered by Covid-19. The Spanish senator, member of the ad hoc committee, welcomed the “professionalism of the Moroccan authorities and the increase in the participation voter turnout, which rose to more than 50%”, underlining the efforts made by the Kingdom to involve more women in political life. On this occasion, several members of the parliamentary assembly, including its president, Rik Daems, praised Morocco’s progress in several areas and the remarkable success of these elections despite a context marked by the Covid-19 pandemic. Speaking at this meeting, the President of the Moroccan parliamentary delegation to PACE, Allal Amraoui, said that “the Kingdom has chosen not to postpone the elections despite these exceptional circumstances and to organize a triple election on the same day, thus meeting the challenge of maintaining the regular holding of the electoral operation, while protecting the health security of citizens”. According to Mr. Amraoui, the new legal provisions have contributed to the expansion of the political representation of society, through the electoral quotient, and to the strengthening of the participation of women via the regional lists. The ad hoc committee, chaired by Italian MP Alberto Ribolla, visited Morocco from September 6 to 9 and held meetings with, in particular, members of political parties, the president of the National Human Rights Council, representatives of the ministry of Interior, the High Council and the Independent High Authority for Audiovisual Communication, as well as representatives of the international community present in Morocco and representatives of the media and civil society. Morocco was the first country to benefit from partner for democracy status in 2011, a status created by PACE in 2009 to strengthen ties with non-member states.