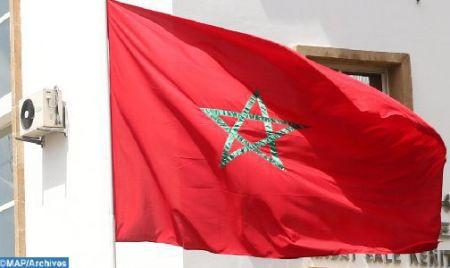 Morocco was reappointed, Thursday in Madrid, to the representation of the Arab geopolitical group in the Standing Committee on Peace and International Security of the Inter-Parliamentary Union (IPU). This decision was taken unanimously at the preparatory meeting of the Arab group, held on the sidelines of the 143rd IPU Assembly (26-30 November), in the presence of speakers of the House of Representatives, Rachid Talbi Alami and the House of Advisors, Enaam Mayara. Morocco, whose term of office will end in April 2023, will assume the role of principal coordinator of the Arab group at the IPU and of its common positions on the crucial issues of peace and security. The IPU Standing Committee on Peace and International Security provides Member Parliaments with the necessary political framework for effective action against global threats in this field. As a key forum on the matter, it analyzes developments in the areas of peace and security and contributes to the formulation and implementation of responses to these threats. In addition to its main objective of promoting global peace and security, the Committee also focuses on conflict prevention, peacekeeping and peacebuilding.