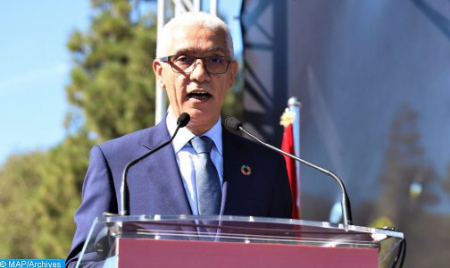 Speaker of the House of Representatives, Rachid Talbi Alami, said Saturday in Madrid that parliamentarians and elites around the world are obliged to give a new dynamic to democracy and make the work of parliaments more efficient. “We, parliamentarians and elites, must remain committed to the need to give the necessary impetus and momentum to democracy and to make the action of parliaments effective and efficient,” said Talbi Alami in an address delivered on behalf of the Kingdom of Morocco at the 143rd session of the Assembly of the Inter-Parliamentary Union (IPU), held from 26 to 30 November in Madrid. Faced with certain theses tending to assert that the representative institutional democracy embodied by parliaments “is exhausted”, Talbi Alami pleaded for the renewal of institutional democracy. In addition to their initial mission of legislating and overseeing government action, parliaments are called upon to focus on the evaluation of public policies, their impact on the lives of citizens and the strengthening of parliamentary diplomacy, he stressed. He also underlined the importance of consolidating the concept of a parliament of proximity, which communicates permanently with citizens, and reflects their concerns, and to strengthen the roles of political parties as one of the mediation tools necessary for stability and promotion of participation in the management of public affairs. The speaker of the House of Representatives also emphasized the importance of the enshrining of participatory democracy and citizenship and the support of the role of civil society, which frames citizen initiatives by proposing laws, submitting petitions to public authorities and contributing to the evaluation of public policies.