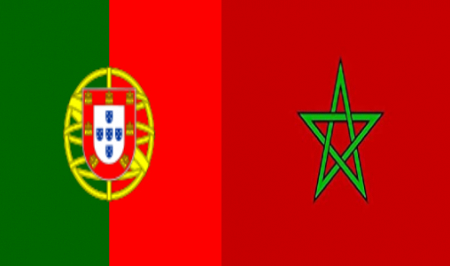 Portugal’s Minister of Defense, João Gomes Cravinho, was received, on Tuesday in Rabat, upon High Royal Instructions, by the Minister Delegate to the Head of Government, in charge of National Defense Administration and by Lieutenant General, Inspector General of the Royal Armed Forces (FAR) and Commander of the Southern Zone. A statement from the General Staff of the FAR said that pursuant to the High Royal Instructions, Mr. Abdeltif Loudyi, Minister Delegate to the Head of Government, in charge of the National Defense Administration received, Tuesday at the headquarters of this Administration, Mr. João Gomes Cravinho, Minister of Defense of Portugal, accompanied by a large delegation, on a working visit to the Kingdom of Morocco. During this meeting, the two ministers welcomed the level of cooperation between the Kingdom of Morocco and the Republic of Portugal, both bilaterally and within the framework of the 5+5 Defence Initiative. Talks focused on regional security challenges in the Western Mediterranean and the Sahel, said the statement. The Minister Delegate highlighted, on this occasion, the Kingdom’s multidimensional approach in the fight against terrorism as well as the significant efforts made by Morocco for the humanistic treatment of the migration issue and the successful and proactive management of the COVID-19 pandemic. Cravinho stressed, in this regard, that Portugal values and strongly welcomes the important role played by the Kingdom of Morocco under the enlightened leadership of HM King Mohammed VI, as an actor of stability and peace in the Mediterranean region. Loudyi reiterated the commitment of the Kingdom of Morocco to further strengthen bilateral cooperation on the basis of mutual trust and respect, and to strengthen military cooperation with Portugal especially in the maritime field, cyber security and defense industry. The two officials welcomed the dynamism of bilateral cooperation and expressed the common ambition and will to consolidate these exemplary relations. Also, upon HM the King’s High Instructions, Lieutenant General Belkhir El Farouk, Inspector General of the FAR and Commander of the Southern Zone, received the same day at the General Staff in Rabat, João Gomes Cravinho, Minister of Defense of Portugal, accompanied by the Ambassador Plenipotentiary and Extraordinary of Portugal to Morocco and the Defense Attaché to the embassy of Portugal in Rabat. Talks focused on various aspects of bilateral military cooperation, particularly in the areas of operational training, exchange of visits and maritime security, whose activities are decided annually within the framework of joint military commissions held alternately in Rabat and Lisbon. The two officials also discussed opportunities to further develop this military cooperation both bilaterally and at the level of the 5+5 Defence Initiative, with the aim of promoting interoperability between the two armies through the exchange of experience and expertise, given the convergence of strategic interests of both countries.