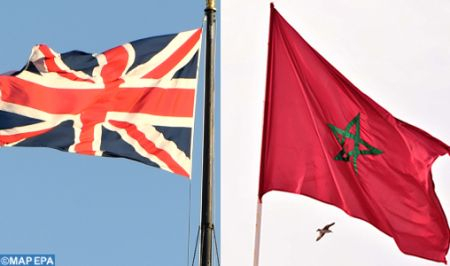 The United Kingdom welcomed, on Wednesday, Morocco’s efforts for a stable and peaceful Libya, including the inter-Libyan dialogue held in Bouznika and Tangier, which contributed to the implementation of the agreement on the mechanisms of appointment to sovereign positions in Libya. In a joint statement issued at the end of the Morocco-GB strategic dialogue, the two countries reaffirmed their firm commitment to the sovereignty, independence, territorial integrity and national unity of Libya. British Foreign Secretary Liz Truss and Minister of Foreign Affairs, African Cooperation and Moroccans Abroad Nasser Bourita recalled that UN Security Council Resolution 2570 emphasized the central role of the United Nations in facilitating an inclusive political process led by and for Libyans. In this regard, they recalled the need to put into perspective parallel efforts outside the auspices of the United Nations. The two ministers welcomed the ceasefire agreement reached on October 23, 2020, including the withdrawal of foreign forces and mercenaries from Libya, as well as the action plan approved by the joint military Council 5+5, the statement added. They also stressed the importance of an inclusive and consultative electoral process, widely accepted by Libyan stakeholders. Furthermore, both countries condemned, in the strongest terms, the use of chemical weapons as a violation of international law, expressing their strong conviction that those responsible for the use of these weapons must be held accountable and that all States parties must respect their obligations under the Chemical Weapons Convention. To this end, Bourita and Truss called for strengthening the implementation of the Convention and further consolidating the role of the Organisation for the Prohibition of Chemical Weapons (OPCW).