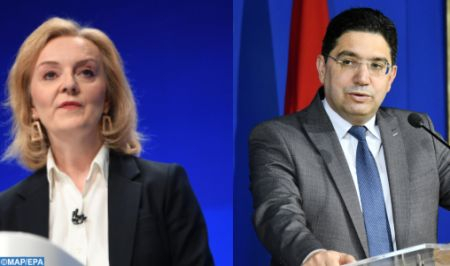 Morocco and the United Kingdom expressed, Wednesday in London, their ambition to deepen their dialogue and collaboration in the “increasingly important” field of cyber security. In a joint statement at the end of the Morocco-GB strategic dialogue, the two countries agreed to participate constructively in efforts to develop a new international convention on cybercrime to ensure that it is inclusive, results-oriented and protects human rights. The British Foreign Minister Liz Truss and Minister of Foreign Affairs, African Cooperation and Moroccans Abroad, Nasser Bourita reaffirmed, in this sense, their support for a free, open, peaceful and secure cyberspace. The UK Home Office and Morocco’s Directorate General for Information Systems Security (DGSSI) will complete their groundbreaking work on a joint integrated cyber analysis project that will provide a package of strategic cybersecurity capacity-building assistance, the statement said. Morocco is the first country with which the United Kingdom and its partners, namely the International Telecommunication Union and Oxford University, have established such a relationship, the document noted. As a continuation of these efforts, the two countries announced the upcoming opening of a new Center of excellence in Cyber Security for Africa in Morocco, the result of a partnership between British and Moroccan companies and universities.