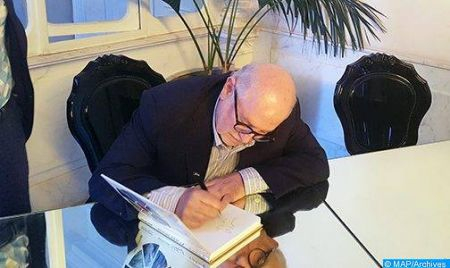 Morocco has proved its ability to defend its interests free from any form of escalation, said Lebanese journalist and writer Khairallah Khairallah, explaining that the year 2021 has been a Moroccan success story par excellence, achieved in spite of all the difficulties the world is going through, especially in light of the new wave of spread of the Covid-19 pandemic. In an article published Monday in the London newspaper “Al-Arab” under the title “Morocco 2021: A success story”, the Lebanese journalist explained that the importance of this success lies in the fact that it was not isolated, linked to a particular year or a single event as much as it is cumulative in nature spread over the entire map of the Kingdom, including the southern provinces. He added that “a year after the United States recognized the Moroccanness of the Sahara, in late 2020, the summit of the Gulf Cooperation Council (GCC) came to confirm the privileged relationship between these countries and the Kingdom of Morocco”. He wrote, in this regard, that “the boldness of the position of the Gulf countries, looking to the future, has exceeded the issue of Iran, on which the position is clear, to extend to North Africa, where the Algerian regime practices aggressiveness in its relations with Morocco, and that “the message of the Gulf countries to the Algerian regime, which aspires to host the next Arab summit, is very clear, because the GCC states have stressed the Moroccanness of the Sahara on the one hand, and the partnership with Morocco, on the other hand”. He also expressed his hope that “2022 will be the year of the precipitation of the Arab majority to reality, so that the League of Arab States follows the lead of the Gulf Cooperation Council to prove that it is capable of rejecting the game of blackmail to which Morocco has been subjected for more than 45 years, from the moment it peacefully recovered its southern provinces in the fall of 1975”.