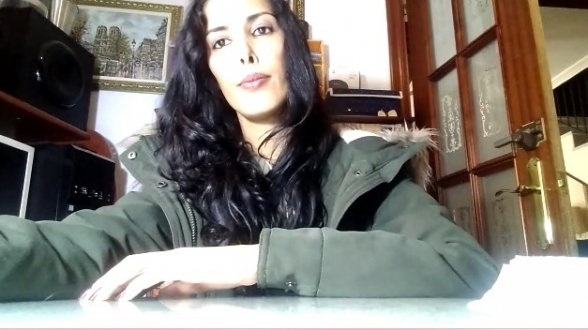 In a posted tweet accompanied by a video exposing the serious human rights violations (injustice, rape, repression…), perpetrated by Polisario thugs against women in Tindouf, Khadijatou MAHMOUD said these women are the most targeted by the oppression of the Polisario, noting that their only weapon (…) lies in their strength to fight back.
The military regime of General Said Chengriha and his predecessors, continue to turn a blind eye to the situation of a whole population victim of the Polisario in the camps of Tindouf.
Among the most repulsive violations of human rights, committed by the polisario are the forced marriages of minor girls. Under this practice from another age, minor girls must satisfy deviant sexual desires of the separatist movement’s leaders. The practice also includes swapping girls among the militiamen.
After the horrible rape she suffered, young Khadijatou Mahmoud, a former translator in the Tindouf camps, continues to fight for justice in Spain against the author of this heinous act. Her rapist is the current polisario chief Brahim Ghali.