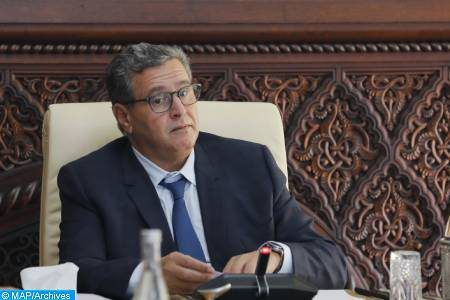 The Council of Government, convened on Thursday in Rabat under the chairmanship of the Head of Government, Aziz Akhannouch, approved the draft decree No. 2.22.03, amending Decree No. 2.10.320 published on 16 Jumada II 1432 (May 20, 2011) implementing Law No. 16.09 on the Moroccan Agency for Energy Efficiency (AMEE). Presented by the Minister of Energy Transition and Sustainable Development, Leila Benali, this draft decree aims to place the AMEE under the supervision of the government authority in charge of energy transition, taking into account the prerogatives and powers conferred on the government authority in charge of finance, under the legislative and regulatory texts applied to public institutions, according to a statement from the Delegate-Ministry in charge of Relations with Parliament, Government Spokesman. The decree is also meant to review the composition of the Board of Directors of AMEE, which is held under the chairmanship of the Head of Government or the government authority mandated by the Head of Government for this purpose. The Council, convened by videoconference, also considered an agreement on international road transport of passengers, goods and transit, signed between the Government of Morocco and the Government of the Republic of Chad, on December 10, 2021 in Rabat, and the draft law No. 101.21 approving the aforementioned agreement, presented by the Minister of Transport and Logistics, Mohamed Abdeljalil, on behalf of the Minister of Foreign Affairs, African Cooperation and Moroccans Abroad, Nasser Bourita.