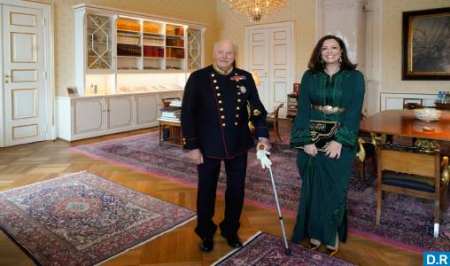 Nabila Freidji on Thursday presented her credentials to King Harald V of Norway, in her capacity as Morocco’s extraordinary and plenipotentiary ambassador to Norway. During this audience, which took place at the Royal Court of Norway, discussions focused on the means to step up cooperation between the two kingdoms and strengthen ties between the two friendly peoples. Freidji was appointed on December 14, 2021, by HM King Mohammed VI as Morocco’s new ambassador to Norway.