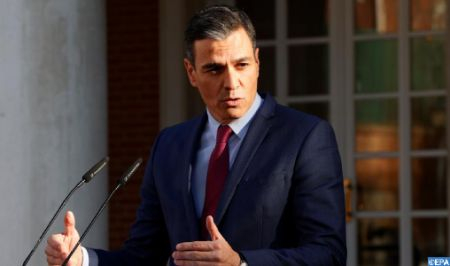 The Spanish government highlighted, Tuesday, the importance of its relations with Morocco, stressing that the Kingdom constitutes a “strategic country” for Spain. “Morocco is a neighboring country, a strategic country” for the interests of Spain, said the Spanish government spokeswoman, Isabel Rodriguez. “Based on this reality, both countries are motivated to have good ties,” noted the spokeswoman of the Iberian government, stressing the importance of “working together in this direction in the coming months and years”. “The government fully agrees with the words of King Felipe VI” on Monday in Madrid, according to which he highlighted the importance of redefining the relationship with Morocco on “stronger and more solid pillars”. “Now, both nations must walk together to start materializing this new relationship now,” King Felipe VI had said earlier during a reception granted to the diplomatic corps accredited in Spain. Spanish Prime minister, Pedro Sanchez, had reiterated, Monday, that his country and Morocco maintain a “strategic cooperation” in all areas. “For Spain, Morocco is a strategic partner with which we must walk together,” said Sanchez during a joint press briefing with the German Chancellor, Olaf Scholz, who was on a visit to Spain.