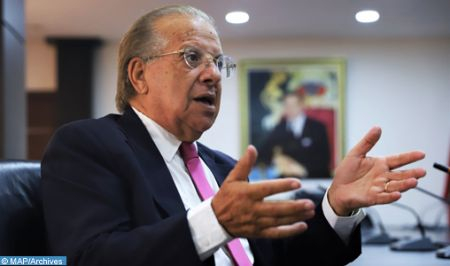 Algeria is obstructing, its responsibility is total in the conflict over the Moroccan Sahara. It is again outside the decisions and the will of the international community, said the political scientist and academic Mustapha Sehimi. In an analysis for MAP entitled “But what does Algeria want?”, Sehimi stressed that the artificial conflict that Algeria has maintained for nearly half a century responds to converging concerns of domestic politics and diplomacy. Algeria tries to present Morocco as an enemy, freezing and hindering the democratic dynamic through exceptional measures to face “alleged threats” and mobilize around a wrong “cause” allegedly of self-determination, competing with the Kingdom for influence and regional and continental leadership, he explained. The issue of the Moroccan Sahara is exclusively within the political framework defined by the UN, he stressed. In this sense, he recalled that the UN Secretary General, Antonio Guterres, reaffirmed, after the end of the regional tour of his personal envoy, the centrality of the UN political process on the issue of the Moroccan Sahara. This reaffirmation of the UN SG is a frontal challenge to Algeria, which has continued to claim that it was not concerned by this conflict and said “No” to the format of the round tables selected by the Security Council as a framework for quadripartite dialogue involving Morocco, Algeria, Mauritania and the separatist movement.