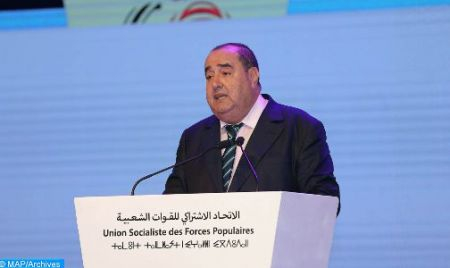 Driss Lachgar was re-elected, Saturday, first secretary of the Socialist Union of Popular Forces (USFP) for a third term, at the end of the proceedings of the 11th national congress of the party held at the Moulay Rachid Complex of youth and childhood in Bouznika. Lachgar was reappointed as head of the USFP with an absolute majority after obtaining 1158 votes against 77 in favor of Tarik Sellam, on 1235 votes cast (1344 participants). The11th national congress of the USFP kicked off Friday morning under the sign “Loyalty, commitment and openness”.