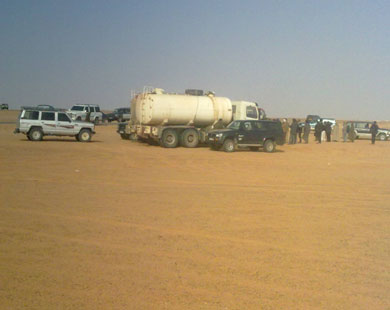 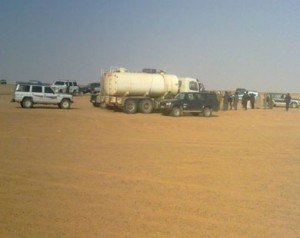 The Polisario-controlled Tindouf camps have been transformed by the inhabitants in an arena of daily protests despite the violent repression, at a time the UN mediator for Western Sahara, Christopher Ross, is touring the region.
Several electronic sites have reported protest movements and violent clashes between civilian Sahrawis and Polisario armed militia, especially in the Rabouni and Smara camps.
According to “Le Courrier Stratégique,” a Paris-based electronic magazine, a pre-insurrectional climate has been prevailing in the Tindouf camps, south-western Algeria, over the past few days.
The e- journal specializing in strategic issues, reported on Monday that the Polisario militia have reportedly crushed a nascent revolt in the camps, during the month of January, few days before the UN mediator’s arrival in the region.
Even during Ross’s stay in the camps, the Polisario militia intervened, using truncheons, to quell demonstrations and silence protesters.
The wave of protests began in Rabouni where protesters, especially members of the Rguibate tribe, took to the streets to demand the opening of an investigation into the killing of two Sahrawis by Algerian border guards near Mauritania.
“Le Courrier Stratégique,” quoting Algerian security sources, reported that some 400 Sahrawis from the Rguibate tribe, staged demonstrations and stormed and burned a police barracks in the Smara camp on January 23 and 24.
The demonstrators, infuriated by the Polisario leaders’ diktat, denounced the precarious living conditions in the camps and the abuses inflicted by armed militias on civilians. The Polisario leadership responded quickly unleashing its guard dogs at the mob of protesters, sparing neither women nor children.
The Polisario leader, Mohamed Abdelaziz, and his lieutenants as well as Algerian authorities do not hide their concern about the rising tension among the Sahrawi population.
What bothers them most is that these protests coincide with the UN mediator’s visit and may disturb the ongoing preparations for Algeria’s presidential elections slated for April.