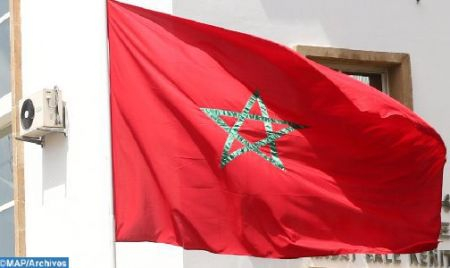 The ambassador and head of the European Union (EU) delegation in Morocco, Patricia Llombart Cussac, said Thursday in Rabat that Morocco is “a model in terms of security and stability” and an active player on the African continent. During a meeting with speaker of the House of Representatives, Rachid Talbi Alami, Cussac noted that the EU and Morocco are engaged in a multidimensional strategic partnership and share great ambitions and common challenges such as the environment, energy transition, green economy, migration and others, praising “the reforms undertaken in the Kingdom under the leadership of His Majesty King Mohammed VI,” said a statement by the lower house. Cussac stressed that the European Parliament attaches great importance to the establishment of strong relations with the Kingdom, welcoming the partnership between the Moroccan Parliament and the Parliamentary Assembly of the Council of Europe and the “fruitful” results of the cooperation program between the EU and the House of Representatives in the context of institutional twinning. She also welcomed the democratic climate in which the legislative elections were held last year and congratulated Talbi Alami for the trust placed in him by the members of parliament, stressing the importance of relations between the EU and Morocco and the willingness of the Union to consolidate and develop them further. For his part, Talbi Alami said that Morocco and the EU share the same democratic values and face common challenges, commending the European support for the institutional twinning program between the House of Representatives and partners of European parliaments. The speaker of the House of Representatives said that the Moroccan Parliament has established the Moroccan-EU Joint Parliamentary Committee, expressing its firm determination to work to strengthen coordination and consolidate the rapprochement between the two parties.