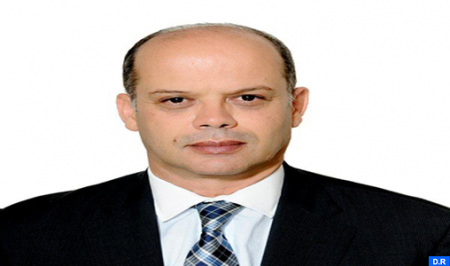 Morocco’s ambassador to the Republic of Mali, Driss Isbayene, was received, Thursday in Bamako, by the Secretary General of the Ministry of Foreign Affairs and International Cooperation of the Republic of Mali, Abdoulaye Tounkara. During this meeting, Mr. Isbayene presented to Mr. Tounkara copies of his credentials as Ambassador of His Majesty the King to the interim president of Mali, Assimi Goïta. Talks held on this occasion focused on the strengthening of relations between Morocco and Mali, prospects for bilateral cooperation as well as common issues. On this occasion, the two officials welcomed the long-standing and secular relations as well as the cooperation and multidimensional partnership between the Kingdom of Morocco and the Republic of Mali, stressing the willingness of the leaders of both countries to further strengthen them.