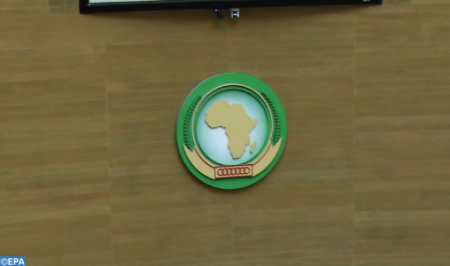 The African Migration Observatory is an institution of the African Union which has a threefold function: to understand, to anticipate and to act, says the Report of HM King Mohammed VI, Leader on the issue of Migration, on the follow-up to the operationalization of the African Migration Observatory in Morocco. The Observatory’s activities, which are of a technical and operational nature, will help generate better knowledge of the migration phenomenon, create an African narrative on migration, and inform and promote the development of harmonious and efficient migration policies, adds the Report of HM King Mohammed VI, which was presented Sunday before the 35th Ordinary Session of the African Union Assembly, held in Addis Ababa. The inauguration of the Observatory provides Africa with an essential tool for dealing with an issue that is crucial to its development, in terms of getting to know the phenomenon as well as with regard to the design of African migration policies and inter-African management of migration issues, stresses the report, presented by the Minister of Foreign Affairs, African Cooperation and Moroccans Abroad, Nasser Bourita. With regard to getting to know the migration phenomenon, the observatory will make it possible for Africa to have precise qualitative and quantitative data on migration. Africa will be able to use facts to refute negative myths and political instrumentalization regarding Africa and migration, the report underlines, adding that the narratives on migration will no longer be imported, or disconnected from reality. Africa will be able to produce its own narrative, based on facts. As for the design of migration policies, the Observatory will be able to inform migration policies by serving as an advocacy and decision-making tool. These informed policies will be based on data collection, analysis and dissemination as well as on observing and monitoring trends, the report adds. The document also notes that, thanks to the Observatory, the African continent will be able to promote capacity building in African countries, and it will serve as a coordination and networking instrument. The Observatory implies a double coordination: at the national level, between the different departments, and at the continental level, between the different Regional Economic Communities. While bringing together other existing initiatives on migration, it will help facilitate dialogue and exchange among experts to promote the adoption of standardized concepts and tools at the international level, according to the same source.