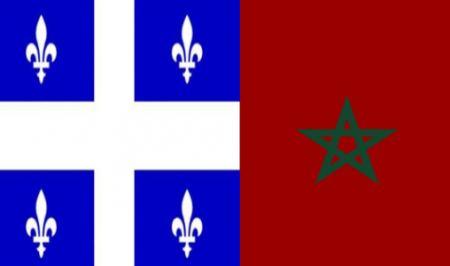 The strengthening of cooperation between Morocco and Quebec was the focus of a working meeting between the Moroccan consul general in Montreal, M’hamed Ifriquine, and the Deputy Minister of International Relations and La Francophonie of Quebec, Sylvie Barcelo. During this meeting, held Wednesday, the two sides discussed ways to strengthen bilateral relations, according to a statement from the Consulate General of Morocco in Montreal. They expressed their satisfaction with the level of bilateral cooperation in the fields of education and training, as evidenced by the growing number of Moroccan students in Canadian universities, while expressing the wish to further expand this cooperation in order to include vocational training. On this occasion, Mr. Ifriquine stressed that the relations of Morocco with Quebec are an important component of Moroccan-Canadian relations, particularly in the areas of trade, education and culture. He also expressed the wish to give a new dynamic to bilateral relations, by multiplying contacts between the economic operators of the two sides to prospect new opportunities of partnership in varied sectors such as automobile, aeronautics, new technologies of information and clean energies. The Moroccan diplomat also noted that Morocco and Canada celebrate this year the 60th anniversary of the establishment of their diplomatic relations, considering this as an opportunity to review these relations in order to develop them further through the organization of joint events in areas of common interest. In addition, Mr. Ifriquine underlined the growing role that Morocco plays in Africa including within the African Union, noting that the Kingdom has always been a “great supporter” of the African agenda. Morocco gives a great importance to the economic and social development of the continent, especially through the promotion of investment and long-term partnerships, he noted, adding that the Kingdom represents a real hub and a provider of opportunities for the socio-economic development of Africa. For her part, Barcelo expressed her satisfaction with the evolution of bilateral relations, especially after the opening of a representation of Quebec in Rabat, one of the three Quebec representations on the African continent. This office contributes to strengthening the close cooperation that now covers numerous sectors, such as education and higher education, clean and renewable energy, entrepreneurship, science, innovation and agribusiness, she pointed out.