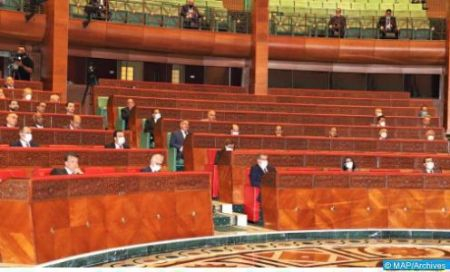 A Moroccan parliamentary delegation representing the Kingdom’s House of Advisors (upper house) will take part in the work of the preparatory committee of the 4th Congress of the Arab Parliament and Speakers of Arab Assemblies and Parliaments, scheduled from February 15 to 17 in Egypt’s Cairo. According to a statement released by the parliament’s upper house, the preparatory committee, which consists of the President of the Arab Parliament and representatives of the Speakers of Arab Assemblies and Parliaments, will hold a meeting on security and stability in the Arab World. This meeting aims to discuss and develop the document that will emanate from this congress, scheduled for February 19 at the headquarters of the General Secretariat of the League of Arab States. The delegation representing the House of Advisors includes Mohamed Hanine, First Vice Speaker of the House, Mohamed El Bakouri, Chairman of the group of the National Rally of Independents (RNI) and Touria Lahmam, general advisor in charge of parliamentary diplomacy, concluded the same source.