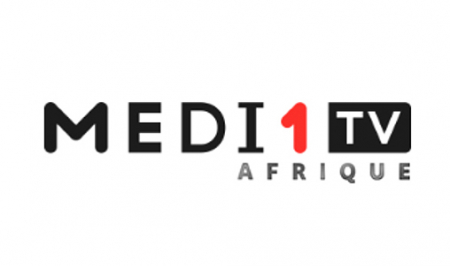 Several political scientists, invited on Medi1TV Afrique’s Saturday TV show “Le Débrief”, exposed the true motivations behind the repeated attacks against Morocco from so-called international human rights NGOs, stressing unanimously the obsolete nature of the various reports and documents issued by these organizations. The publications of these NGOs are without interest and do not weigh on the national political life, said the political scientist and professor of Law, Mustapha Sehimi, during this program devoted to activism and human rights, considering it necessary to “bring the debate” in these organizations and to challenge them by mobilizing “our institutional, partisan and parliamentary communication and others.” The political scientist also mentioned the instrumentalization by these NGOs in the direction of the African continent, noting that these bodies operate in conditions that are not transparent, that is, in opacity, like Amnesty International (AI) which has not published its financial statements since 2014. These NGOs are governed by “a market of human rights and freedoms”, noted Professor Sehimi, adding that these organizations invest this market with “particular techniques including through the occupation of the media space to have more funding and donors.” “We don’t have NGOs from the South focused on the problems of human rights violations in Western countries. It’s a one-way street,” he said, noting that international human rights organizations are “geographically and politically selective” in their tutelage. Indeed, there are countries systematically targeted including Morocco, noted the political scientist, adding that these same NGOs are silent vis-à-vis some countries. In Algeria, 70 journalists are currently in prison, said Professor Sehimi, questioning the positions of Reporters Without Borders and AI on this issue. Regarding the legal value of these NGOs’ reports, the political scientist noted that they have no constraint or legal value. “It is an ideological and political discourse of destabilization, to nourish a climate and lead the countries concerned, in particular Morocco, to take measures, but in this respect it is a lost cause,” he said. For his part, the Director General of the Observatory of Geopolitical Studies (OEG, Paris), Charles Saint-Prot, said that these NGOs “have a purely ideological and political objective,” referring in this sense to the “intolerable” complicity between NGOs, some media and certain ideologies. In this regard, he considered that a number of countries are more targeted than others by these NGOs, which have for the most part a political agenda. The countries that violate human rights are numerous, according to the expert, “but we tend to turn a blind eye on their crimes, even if sometimes, to give themselves a good conscience, the NGOs in question scratch them a little.” “We must fight the lies of international organizations that are in the pay of the financial powers or others,” insisted Professor Saint-Prot. In the same vein, the journalist and political scientist Mustapha Tossa, said that Morocco, a country that is open to international human rights organizations, is often the target of criticism from these NGOs, while the tone of these criticisms is “inaudible and invisible” for other countries. Pointing to the complete silence of AI and Human Rights Watch (HRW) during Algeria’s Bouteflika years, the journalist said that in the case of Morocco, the slightest news item or small incident takes on exponential proportions because, he explains, the business of these NGOs is “to stay in the race” by reporting the maximum number of cases of violations. He added that Morocco is often the target of these organizations because it is trying to free itself from this “Western influence” and is trying to play a regional role and to have its own model of economic, political and societal development.